Why Do Corgis Bark So Much? Corgi Barking Tips

How to House Train Your Puppy: 5 Easy to Follow Steps

How To Stop Yorkie Barking 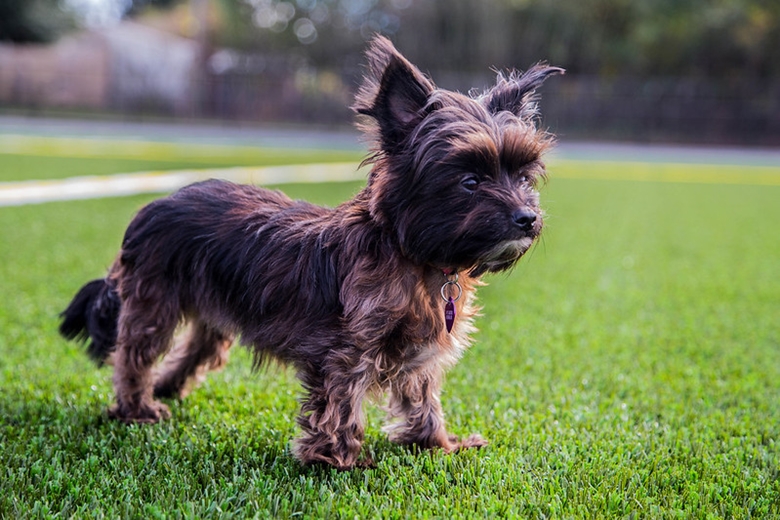 Here’s the thing—the answer to that question is yes. Yorkies tend to bark a lot. But they are also very trainable. So, the good news is that you can take steps to get your Yorkie to bark less if it is getting excessive, or to prevent excessive barking in the first place.

Why Do Yorkshire Terriers and Other Dogs Bark?

All dogs need to bark sometimes. It is part of how they communicate. WebMD explains that dogs bark for a variety of reasons including protecting their territory, fear, boredom, loneliness, greeting, play, anxiety, or a desire for attention.

Normal barking helps communicate those needs clearly and is not excessive.

How Much Barking Can You Expect From Your Yorkie?

A lot of Yorkies will bark at pretty much anything that passes, given a chance. They're territorial pets, and despite their small size, they have big, devoted hearts.

So, you can expect plenty of barking from this breed, especially in a chaotic environment.

How Much Barking From a Yorkshire Terrier is Too Much?

Barking is like any other form of communication—it may become excessive if it is no longer doing its job.

Your dog should be barking to defend his turf, but if he treats every single passing car as a threat, he's going to drive you bonkers. He also won't be able to communicate with you effectively about a real danger if there is one, or anything else that is just "out of the ordinary."

So, what is the solution? At that point, it is probably time to think about doing some training! We’ll get into that shortly.

The fact of the matter is—Yorkies have amazing ears. They hear everything. At least, it will seem that way at times.

You might sometimes never figure out what your Yorkshire terrier is barking at—but that doesn't mean whatever it is doesn't exist or isn't important. Your dog may simply be hearing something that is outside your range of hearing.

For this reason, it's hard to find a more alert guard dog than a Yorkie!

How Loudly Do Yorkies Bark?

Okay, so, the next thing you are probably wondering is, "Am I going to go deaf listening to a Yorkie all day?"

Well, they may not be the loudest dogs on the planet, but their voices are a lot bigger than their little bodies would suggest. Although, the barks do have a characteristic “yapping” quality.

So, Yorkies are pretty loud. That's something important to know before bringing one home.

How Old Are Yorkshire Terriers When They Begin Barking?

How to Interpret Yorkshire Terrier Barks

Not all Yorkie barks are the same. There is a whole spectrum of barks this breed makes, all of which communicate something different.

If the bark is low-pitched, for example, that might mean that your Yorkie is trying to alert you to a possible threat. But if the barking is high-pitched, it may be that he wants you to play with him, pet him, or needs some other form of attention.

Your Yorkie might make other noises too, like yelping, whining, howling, or growling. Growling from any dog is not a happy expression. It might also be a warning about an intruder (or toward you).

As for the howling, terriers tend to do that when other dogs make noise. And if you hear your dog yelp, it might mean that your pet is caught on something or injured. Whining and whimpering may indicate the same, or could point toward other pain or anxiety.

Finally, moaning sounds from a Yorkie usually indicate happiness, like, “That’s right, human, that’s the perfect way to pet me!”

How to Reduce Excessive Barking from Your Yorkie 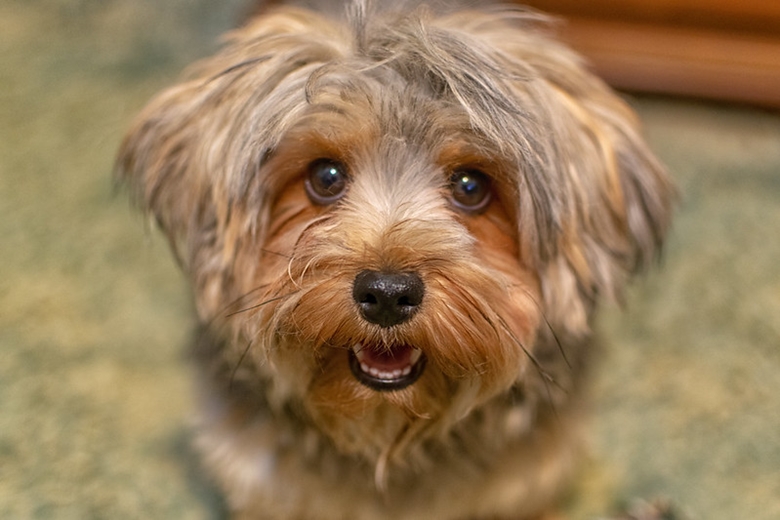 How to make a Yorkie stop barking. Flickr/CC BY 2.0

Here's the good news—yes, Yorkies are loud, and they can bark a lot. But that doesn't mean that they have to keep you up all night doing it.

One thing you can do is make a point of helping your Yorkshire terrier burn off all his extra energy throughout the day. A Yorkie that gets plenty of playtime and isn't bored is less likely to bark up a storm than one who doesn't know what to do with himself.

You can also put more work into training your Yorkie not to bark under various circumstances. There are multiple approaches you can take to doing this. Some options include desensitization training, ignoring the barking and then rewarding your pet when it stops, and asking your dog to perform a behavior that isn’t conducive to barking.

In all cases, you should not become aggressive with your dog or raise your voice. Doing so will make the barking worse and make your dog feel unsafe.

The Humane Society explains, “Don't yell at your dog to be quiet—it just sounds like you're barking along with them. Keep your training sessions positive and upbeat. Be consistent so you don't confuse your dog. Everyone in your family must apply the training methods every time your dog barks inappropriately. You can't let your dog get away with inappropriate barking some times and not others.”

Each time your dog successfully does what you say and stops barking—or resists barking at whatever it is you don’t want him to—you should reward him. You can pet him and give him a tasty treat such as Pet Botanics Training Rewards Bacon Flavor Dog Treats.

Now you know some general information about Yorkie barking. But what do real-life Yorkie owners have to report about this breed's barking habits? Let’s check out some comments.

Lisa Wiltshire writes, “I … assure you that not all Yorkies are ‘highly strung’ or ‘yappers.’ Our Yorkie, Wookie, is two and a half. She has never, in her life, ‘yapped’ at a person, child or adult.”

Sherry Blackwood writes, “Terriers are natural born yappers, bless their little hearts. When around children, if there is a period, however short, of non yapping behavior, reward him with a small treat and praise. Whenever he starts to bark again, tell him NO! He will get it eventually.” (From advice given to someone whose dog was yapping at kids)

Fbisunny on Reddit writes, “He barks at ANY noise outside our front door that he hears, even worse at night. Any unusual noise he would bark nonstop. But I understand this is a yorkie thing.”

Cyhiraeth on Reddit writes, “I never thought I'd have a Yorkie and much less that she'd be this awesome. A great companion, she's obsessed with me and my partner and the few people she likes. She's very picky with the people and dogs that she likes but she isn't yappy at all. She's a bit of a meaner but that's my fault cause I'm too lazy with training.”

ave_maria99 on Reddit writes, “Yorkies are amazing dogs. The one major flaw is if you give them a large amount of space potty training them can be a nightmare. As for barking they can be yappy but that comes down to training. And if you socialize your dog with other people and dogs they shouldn't be meanie at all.”

Some Yorkshire terrier owners report that Yorkies go through a "fear phase" when they are younger and do a lot of barking. They then may outgrow it and become quieter dogs. Starxgamer12 on Reddit explains, “Our yorkie used to do the exact same thing [excess barking]. She would start barking like crazy at anyone walking down the hallway our apartment door attaches to. Now she just perks her head up and looks at the door. She just turned one year old.”

Based on these comments, you can see that there can be quite a wide range when it comes to the frequency of barking for this breed. It can depend on the dog's age, temperament, training and other factors. Some Yorkies do make a ton of noise, but others do not.

Let’s wrap it up! What have we learned about Yorkies and barking?

Yorkshire terriers are pretty yappy in general. But the personalities of some of these dogs make them less prone to barking than others.

Regardless of your Yorkshire terrier's personality, you can use exercise, toys, training, and treats to help subdue those territorial barking instincts until they reach a reasonable level.

It will take patience to see results, but it is worth it. Once you have trained your Yorkie to no longer bark excessively, you'll both be able to enjoy a harmonious life together.

Featured Image via Flickr/CC BY 2.0

Why Do Corgis Bark So Much? Corgi Barking Tips

How to House Train Your Puppy: 5 Easy to Follow Steps